Setting or Updating the Name in Your Profile

Can I Schedule a Demo?

Setting Up a Custom Domain

Setting the URL Style for your Articles

Adding or Changing Your Profile Image

Logging In To Your HelpDocs

Getting Started with Stale Articles

Marking an Article as Fresh

Moving an Article to a Different Category

Collaborating on Articles with Presence

Adding a Table of Contents

Exporting & Backing Up Your Articles

Linking to a Part of an Article

Setting up the Front Plugin

Available Commands in Your Slack Workspace

Get Feedback, Activity, and Contact Form Notifications in Slack

Sharing Articles From HelpDocs to Slack

Adding the Intercom Messenger to Your Docs

Getting Started with the Chrome Extension

Creating a New Article Within the Chrome Extension

Overriding the Font on Your Knowledge Base

Getting Help with Code Snippets

Using a Background Image in the Header

Making Tables Scroll When They're Too Wide for the Page

How to Change the Logo Link

How to Add Extra Spacing

Changing the Language in Common Phrases

Hosting HelpDocs at a Subfolder of Your Site

Getting Started with Permissioning

What are Tickets Avoided?

What is the Happiness Score?

Subscribing to a Plan for the First Time

Can I use multiple HelpDocs accounts together?

Can I migrate or import my data from another service?

Is my data secure and protected?

Who counts towards the user limit on plans?

How do I change my email?

Can I Change the HelpDocs Branding?

Can I have a single article appear in multiple categories?

Can I host my internal docs in HelpDocs?

Help! No articles are appearing on my knowledge base

I've added a script but it isn't working

Can I embed files into HelpDocs?

How do related articles work?

Can I host my API docs in HelpDocs?

Will translated articles be deleted if I remove that language?

My Article Has a Blank Space to the Left. What's Wrong?

One of my headings isn't showing in the table of contents

I'm getting 'Your connection is not private' on my custom domain

How do I publish an article that's not available in the default language?

Creating a Knowledge Base from Scratch

Optimizing Your Knowledge Base for Search

Finding CSS Selectors in Your Browser

Clearing the Cache in Your Browser 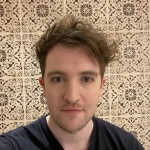 Updated 1 year ago by Taylor Sloane

If you're building a custom HTML template for your HelpDocs, you'll eventually need to use some of our helpers and partials.

Helpers are extensions to the regular Handlebars syntax that allow you to manipulate data, loop through arrays, show HTML conditionally, and more. We've made a number of helpers to help you with common tasks.

There's a few different ways to use helpers:

Partials in Handlebars are snippets of HTML we provide for your convenience. Just like the partials you write yourself for the header and footer, these let you use reusable code that we maintain, without the effort.

You can use partials with the Handlebars partial syntax. For instance to create a contact button you can use <<> contactLink>>. That will render a clickable contact link your users can use to contact you.

Because we maintain it, a) you don't have to worry about it, and b) it'll respect any integrations you have set up in your account.

We support the Handlebars 4 inline partial syntax, so you can make your own partials. This is super handy if you need to do anything recursive (like nesting categories) or repetitive (so you don't have to maintain two lots of the same code).

Inline partials must be at the top level, not indented, and not nested inside any other markup. A good place to declare these would be header.hbs.

What did you think of this doc?